Olive Oil is the New Wine

Olive Oil is the New Wine 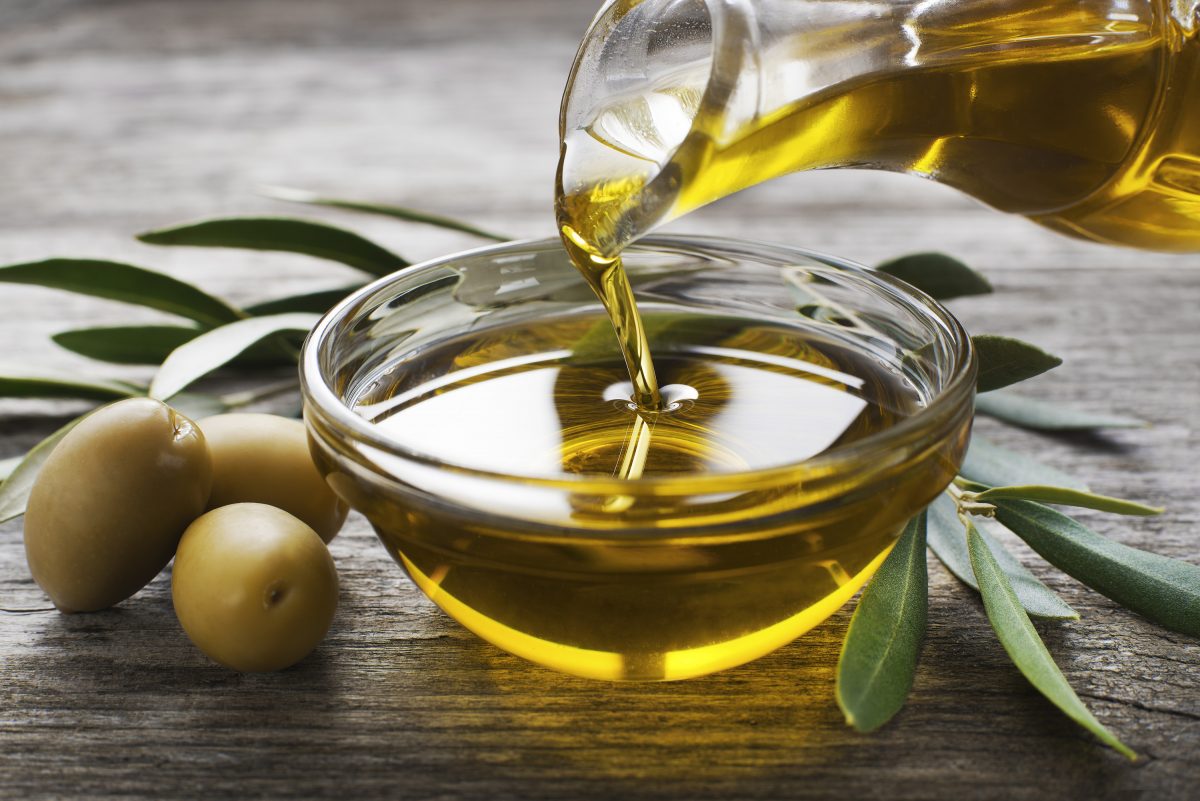 March winds sweep across lowlands to undulating hills and valleys, where deep grasses rush like waves to an imaginary Mediterranean shore. In olive orchards, silvery white and green leaves shimmer on the zephyr and on warm autumn days, rich fruit dangles as precious jewels. Throughout Yolo County, they promise a bountiful treasure of liquid gold.

As in ancient times, the ripened fruit delivers a heavenly elixir. Among the oldest cultivated trees in the world, olives spread from Asia Minor (Turkey) to the Mediterranean thousands of years ago. The Mission varietal brought to Mexico as cuttings by Jesuit missionaries was first planted at Mission Basilica San Diego de Alcalá in 1769.

Eventually growing as far north as San Francisco Solano de Sonoma (Sonoma Mission), these same Mission olives made their way to John Wolfskill’s ranch along Putah Creek in what is now Winters, California. Thanks in part to Wolfskill’s horticultural expertise, California’s olive industry flourished. Over time, supply exceeded demand, olive prices fell and so did the olive oil industry. Only in the past few years have producers and consumers renewed their love affair for California olive oil. And today, Yolo County olive oil is gaining a reputation as among the best in the country. It’s time to discover it for yourself.

Terroir, a French term, literally translated means “earth” or “soil”. While most commonly associated with wine, terroir of olive oil is equally significant referring to the natural environment where olives are grown, including factors such as soil, topography and climate. The combination of warm days, cool nights and no fog create the perfect terroir for Yolo County olive orchards. Not only has California olive oil made a meteoric rise, but Yolo County might just be the New Mediterranean for Extra Virgin Olive Oil (EVOO).

“One of the most interesting microclimates for growing olives, Yolo County gets warm but generally cools off at night. Olives like fog in the winter when they go to sleep after harvest,” stated renowned gourmand Darrel Corti of Corti Brothers gourmet grocery in Sacramento and Chairman of the Los Angeles International Olive Oil Competition. “They like the kind of climate that humans like—where the living is easy—not too hot, and not too cold or damp. “

Yolo County has been proven as a top olive oil producing region because of the increasing amount of acreage, the perfect mix of sunshine, soil and water—that Mediterranean micro-climate—becoming a tidal wave of both planting and milling.  Prior to 2011, olive oil wasn’t included in the county’s Top 20 Commodities. According to the Yolo County Agricultural Crop Report, olive oil 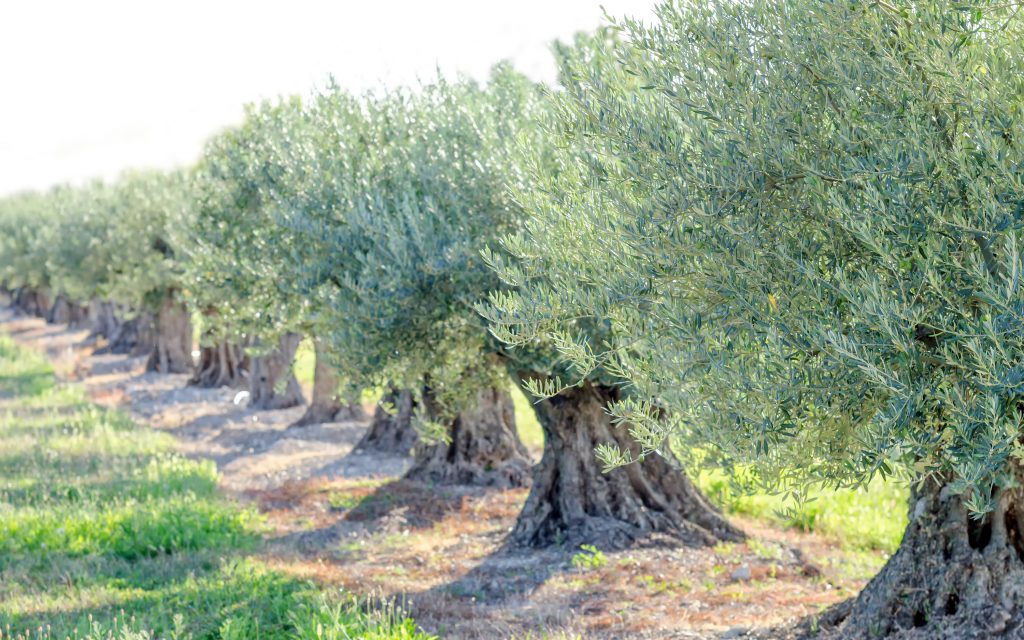 “We are quietly becoming the nucleus of the new wave of California EVOO production, not only because of the dramatic increase in plantings and improved technology, but because UC Davis’ Robert Mondavi Institute for Wine and Food Science contains the UC Davis Olive Center,” said Dan Flynn, Executive Director, UC Davis Olive Center. “Escalation of the California industry has been dramatic, growing from 500,000 gallons in 2008 to more than 4 million in 2015-2016.” UC Davis Olive Center is doing for olive oil what UC Davis did for wine by elevating it to be some of the world’s best. Established in 2008, the Center put UC Davis on the map for olives and olive oil research and education.

Boundary Bend, Australia’s largest producer of extra virgin olive oil, arrived on Yolo County’s olive oil scene in 2015 – growing, milling and producing – shining a spotlight on Woodland, California. “Climactic conditions in Yolo County are some of the best suited for EVOO production in California. While the county has not historically been a large olive oil producer, there are a number of groves in the county that are among the top producers for both yield and quality,” said Boundary Bend’s president Adam Englehardt. “We’re betting heavily on the quality of olive oils produced in the county and, so far, we have seen results that have matched our expectations. Residents should expect to see the industry grow for both large and small producers. Especially with the support of local residents and retailers.”

Olives are to olive oil what grapes are to wine. Wine is generally better when aged. Optimally, olive oil should be consumed within a year of production as it degrades over time. (When buying EVOO always look for the “harvest date”.) As with wine, EVOO tastings and pairings are encouraged through Yolo County tasting rooms. The California Olive Oil Council (COOC) also encourages learning the “4 Ss”: Swirl, Sniff, Slurp and Swallow. Aroma and flavor are subjective and, as with wine, you should drink what you like. Positive attributes of EVOO are fruity, buttery, pungent, bitterness (fresh olives), black pepper, tomato; the list of descriptors is long.  The COOC’s rule of thumb is to sip EVOO “neat,” on its own without bread or other food. Savor the oil as you would any vintage wine.

Made with the most up-to-date technology, the quality of Yolo County EVOO is improving every year. Gone is the romance of granite wheels turned by horse or mule. The best oil is made with modern technology, which is something that no other food industry can say. According to Darrel Corti, “What we have today was unthinkable even 20 years ago.” Yolo County olive oils are top winners at prestigious competitions internationally and statewide. The Los Angeles International EVOO Competition, New York Olive Oil Competition, California Olive Oil Competition presented by Yolo County Fair, California Olive Oil Council and California State Fair have heaped honors upon some of Yolo’s best including Bondolio, Grumpy Goats, Hillstone, Séka Hills, Frate Sole, Bariani, Yolo Press, Cobram Estate and Buckeye Creek Farm.  Celebrating its 25th year, the COOC put California EVOO on the world stage by establishing strict standards with its Seal Certification Program. A trade association, they encourage the consumption of certified California EVOO through education, outreach and communications. The COOC Extra Virgin Olive Oil Competition is open to member producers only.  Yolo County’s Grumpy Goats Farm’s (Capay) took Best of Show 2017 for their Picual (Medium Producer) along with two gold medals for their Picual and Italian Blend. Cobram Estate’s (Woodland) Sevillano also brought home gold. The California Olive Oil Competition presented by Yolo County Fair is the state’s largest competition. Established in 2005, only nine oils were submitted and judged. A huge learning curve, the competition now attracts some of California’s best – tasters and producers—and more than 100 individual oils annually. The Los Angeles County International Olive Oil Competition is the top ranking EVOO competition in the U.S.

Olive Friends – A sample of tours, tastings, and stories 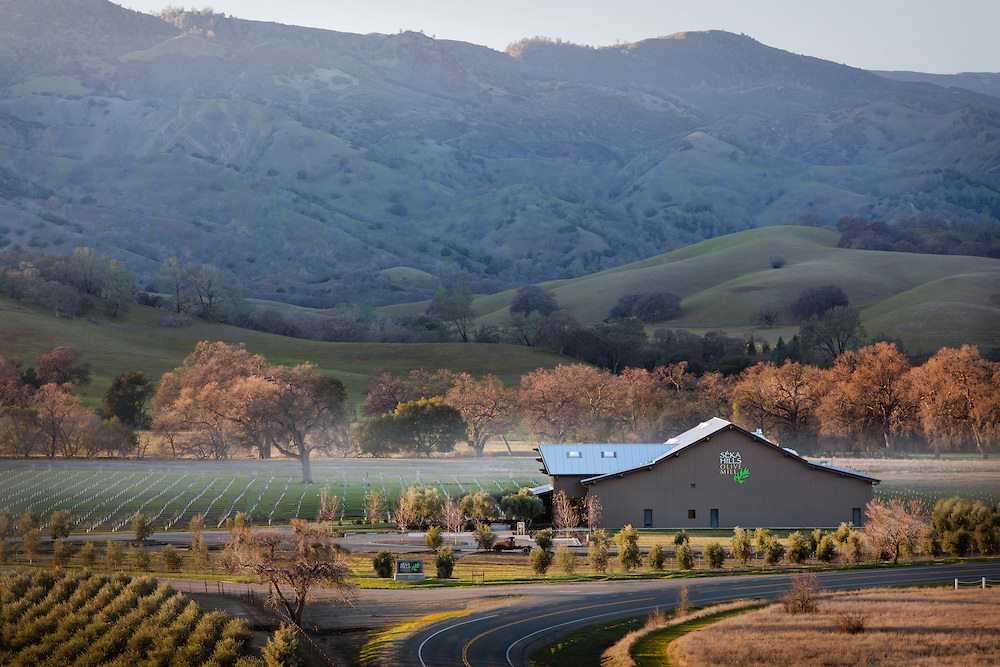 While some producers are only available online or through retail outlets, other Yolo County EVOO producers and tasting rooms welcome visitors.  “The number and diversity of facilities varies from very large to small mom and pop.  It’s amazing!” stated Jim Etters, the director of land management for the Yocha Dehe tribe. A magical journey up Capay Valley offers a wide array of options including Séka Hills Olive Mill. Opened in 2014, this beautiful state-of-the-art facility was thoughtfully designed by the Yocha Dehe Wintun Nation, the owners and operators. The estate-grown Arbequina is milled at the 14,000-square-foot facility; you can try it, along with other Séka Hills products (like wine and balsamic vinegars) in the spacious tasting room. “It’s consistently wonderful,” Executive Chef Steve Toso, Biba Restaurant, remarked. “A nice fresh flavor and not too spicy. Wonderful on cooked fish and Mozzarella di Bufala.”
Many growers are relative newcomers, but they are a dedicated and passionate lot. The couple behind Grumpy Goats, Pamela Marvel and Stuart Littell, traveled the back roads of California looking for the right weather, soil, water and community. Yolo County’s Capay Valley had it all. “This is it!” they exclaimed and relocated about 10 years go from the Bay Area. Why olives? Well, Pam and Stuart didn’t want to be completely tied down and olives are more forgiving than seasonal row crops. They require less water and love the heat. You’ll hear this again and again in a land of sometimes little water, where olives rule. The orchards are Coratina and Picual varieties whose Mediterranean roots are well-suited to the region.

Kim and Paul Consol, Star Rose Ranch, tell a similar story. Ten years ago they bought a horse. Soon after, 20 acres in Capay Valley followed. Olives planted as a hedgerow thrived with minimal irrigation and provide habitat for their heritage livestock and poultry. Probably the smallest producer in Capay, their grove contains 200 trees, mostly Italian varietals and a few California/Italian hybrids.

In 1986, Karen and Malcolm Bond bought a 10-acre almond orchard in Winters but it wasn’t very profitable.  Six years later, a vacation in the Italian countryside changed everything.  Some crusty bread, fresh EVOO and sea salt and the rest is Bondolio history. After additional journeys to Italy, more tastings and research, the almonds were replaced with 1,200 olive trees. Awards soon followed including California State Fair 2017 Best in Show EVVO and Best EVOO by an Artisan Producer. ““If you smell our oil it’s very fruity and grassy, sometimes herbs—the flavor profile of traditional Sicilian oils. Our very first year, we won gold at the New York show. Our phone rang off the wall,” Karen gloated. Bondolio offers private tours by appointment only and groups are welcome.

Originally from Italy, the Bariani’s moved to a 4-acre orchard near Sacramento. Necessity is the mother of invention. So when they couldn’t find good olive oil, they decided to produce their own, 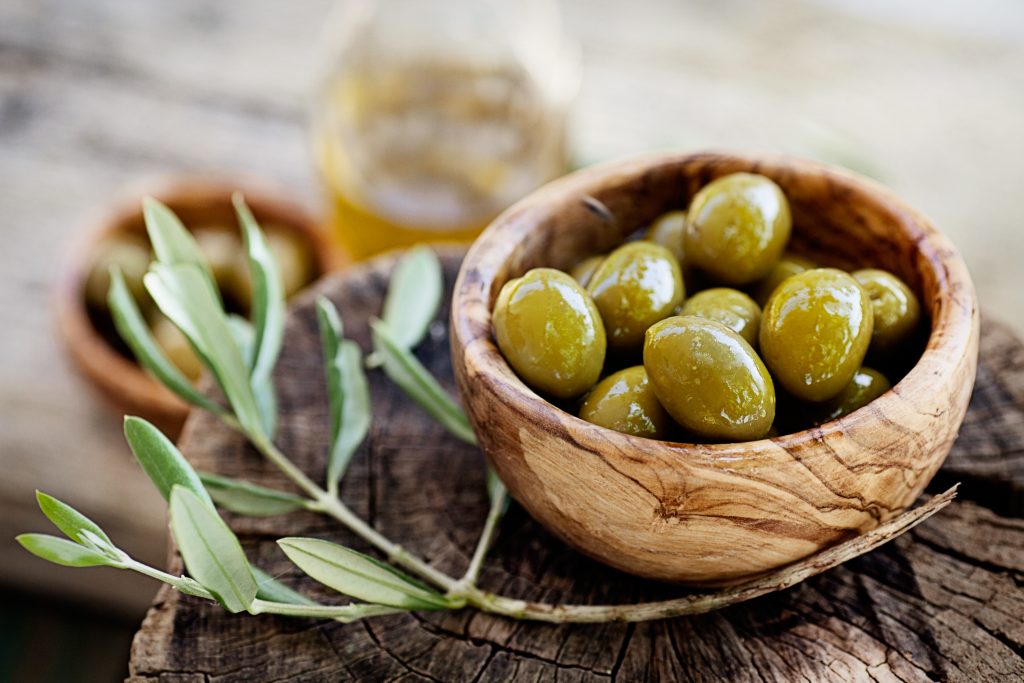 bottling their first oil in 1991. However, Californians had little interest in locally-produced EVOO. “We would go from store to store, but the response was always, ‘It’s too expensive,’” Sebastian Bariani said. Selling at farmers markets, devoted customers asked local stores to carry Bariani. A segment on Martha Stewart changed everything. By 2004, they needed more room and relocated to 200 acres in Yolo County. “We stumbled on this property and just loved it.”

Located in Woodland, Frate Sole (‘brother son’ in Italian) EVOO is available at the farm, Davis Food Co-op, IKEDA’s (Davis) and Masullo Pizza (Sacramento). Additionally, the oil is used at The Press in Midtown Sacramento in preparation and as a menu item for dipping. Frate Sole’s robust Tuscan blend 2016 took Best of Yolo County at the California Olive Oil Competition presented by Yolo County Fair.

Bici and Bevi Yolo Wine and Olive Oil Ride – Yolo EVOO and wine is presented by Hot Italian and set to benefit the UC Davis Olive Center. Cap off Bike Month this May and join Hot Italian and Bondolio for a benefit ride to explore olive oil, wine, and pizza in Yolo County.

Olive Crush Festival – Enjoy a fun afternoon at the Séka Hills Olive Mill and Tasting Room celebrating the olive crush. The afternoon will be filled with olive oil and honey tasting, wine and sangria by the glass, mill tours, and live music, local vendors, food trucks and more.